As a leading value-added engineering and manufacturing company, Dynomax Inc. is often quoted or featured in business and trade publications. 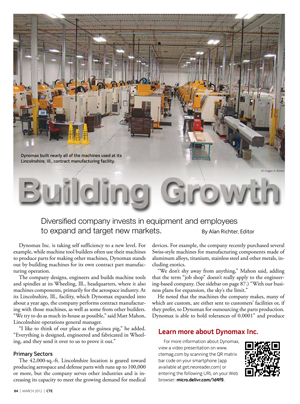 Diversified company invests in equipment and employees to expand and target new markets. Dynomax Inc. is taking self sufficiency to a new level. For example, while machine tool builders often use their machines to produce parts for making other machines, Dynomax stands out by building machines for its own contract part manufacturing operation. 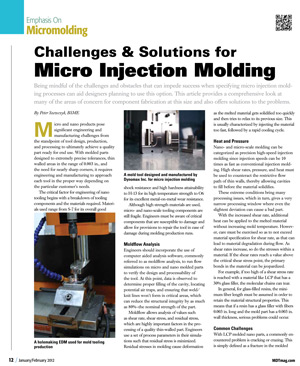 Being mindful of the challenges and obstacles that can impede success when specifying micro injection molding processes can aid designers planning to use this option. This article provides a comprehensive look at many of the areas of concern for component fabrication at this size and also offers solutions to the problems. Editor Alan Richter discusses the recent expansion of Dynomax Inc., headquartered in Wheeling, Ill. The company, which is targeting the medical device market for growth, has added two new facilities in the past two years. Dynomax Inc. is seeing strong growth in defense and aerospace orders for its micro-injection-molded products. While many companies might be satisfied with that, Dynomax wants more. It has targeted the medical industry for new business. Dynomax Inc. – a provider of injection moldmaking, molding, machining and engineering services in industries like medical, aerospace and defense – has earned the prestigious AS9100 Revision C quality certification to raise the level of service it offers… 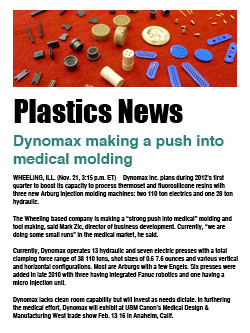 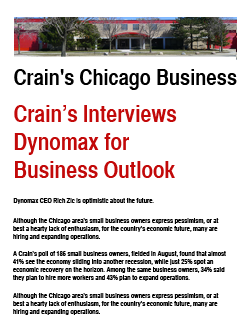 Although the Chicago area’s small business owners express pessimism, or at best a hearty lack of enthusiasm, for the country’s economic future, many are hiring and expanding operations. Read more for Dynomax CEO Rich Zic’s optimistic outlook.

In 1986, Richard Zic saw a need for better machine tools to serve the machining requirements of his aerospace and defense customers. Many shop owners might have just gone out and purchased some new machines, but not Zic. Instead, he started designing and building his own equipment, including high-precision machine tool spindles, and in the process founded Dynomax Inc.

The list of vendors at last week’s robotics industry trade show at McCormick Place, Automate 2011, included plenty of household brand names, such as Kawasaki Robotics, Mitsubishi Electric Automation and Toshiba Machine Co. But not every robotics manufacturer is a multinational giant. Dynomax Inc., is a Wheeling-based firm that’s in the midst of a serious growth spurt. 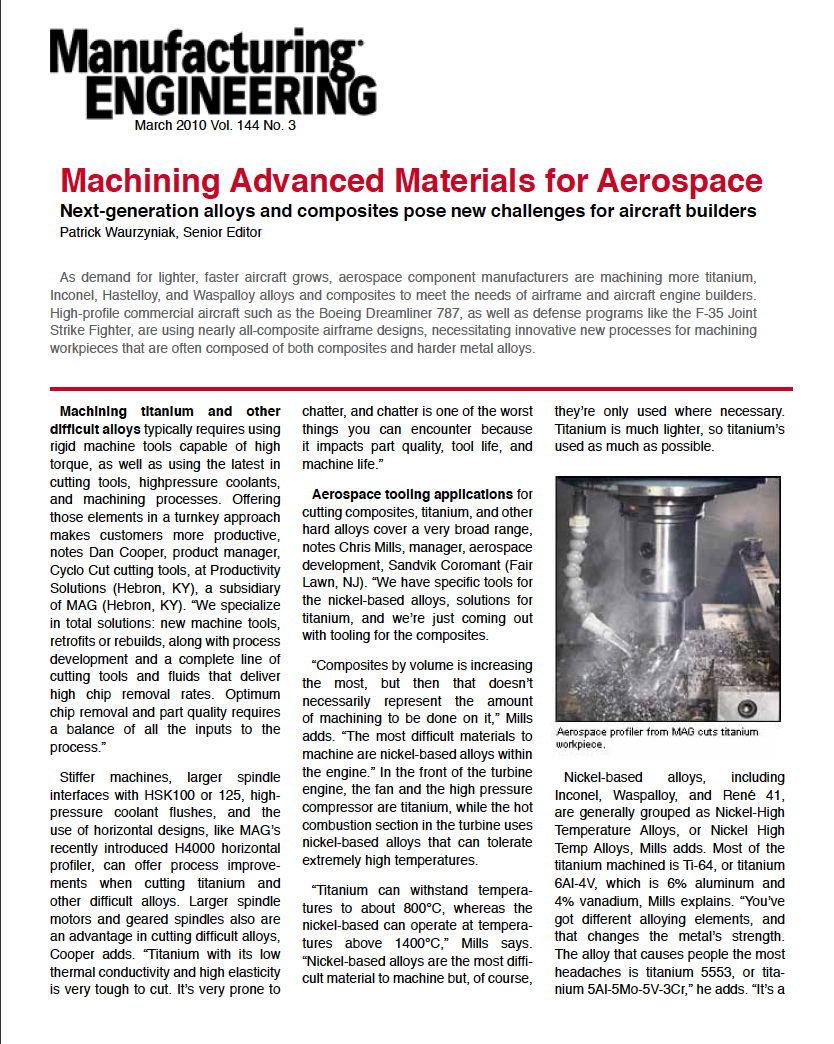 As demand for lighter, faster aircraft grows, aerospace component manufacturers are machining more titanium, Inconel, Hastelloy, and Waspalloy alloys and composites to meet the needs of airframe and aircraft engine builders. High-profile commercial aircraft such as the Boeing Dreamliner 787, as well as defense programs like the F-35 Joint Strike Fighter, are using nearly all-composite airframe designs, necessitating innovative new processes for machining workpieces that are often composed of both composites and harder metal alloys. 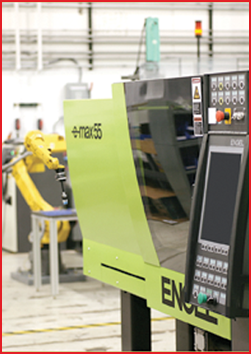 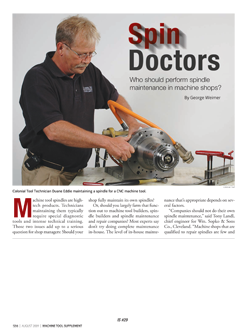 Machine tool spindles are high tech products. Technicians maintaining them typically require special diagnostic tools and intense technical training. Those two issues add up to a serious question for shop managers: Should your shop fully maintain its own spindles?

Explore our social media channels to learn about Dynomax's company, our unique culture and approach to serving clients.

Since 1986, Dynomax has committed to developing complete solutions that enable our customers to be leaders in their industry.